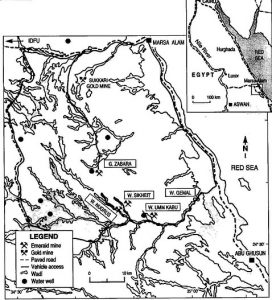 These deposits are on Gebel (= mountain) Sikait, SE of Idfu on the Nile river or 130 km from the port of Berenice (Red Sea). The deposits are along NW-SW axis for a distance of 34 km from Gebel Zabara to Gebel Sikait, at the end there are Wadi Um Dabaa near Wadi Um Kaba. It is simple to reach there from the small port Marsa Alam along the costal high way (about 9 hours). Access is by four-wheel-drive vehicle along dry river beds (= wadi)

HISTORICAL REFERENCES
The date of the first discovery of the deposit is unknown, but some tools found at the site were dated to the reign of Sesortis II in the 12th Dynasty (20th century BC). Probably the first mine began about 1500 BC during the reign of Amenophis II.
From the lessons of Ptah-Hotep: “Fair speech is more rare than emerald that is found by slave-maidens on the pebbles” (Dutton translation). Dutton concluded since Ptah-Hotep lived about 3500 BC:  the emerald was known to the Egyptian people by at least that date.
Lucas thought this date was pushed back too far, and that there isn’t any evidence the mines were worked during the reign of Amenophis III (Wilkison “The Ancient Egyptians” vol.2, 1890, p.237). Lucas stated the extensive old workings are probably Graeco-Roman date age.  It is certain that mining was continued during the time of Alexander the Great (356-323 BC) and by the Romans.
Subsequently, Arabs continued to exploite the mines: descriptions from Al Kindi (naturalist, 870 a.D.); al Beruni (scientist, 1048 AD); Ahmed bin Jusuf Al-Tifaschi “Azhar al-Akfar fi Gawahir al-Aghar (=Thoughts on Gemstones) about 1237 AD in the reign of Sultan al-Kaamel.
Later the Turks exploited this region. All mining ceased by about 1740, and the existence of the mines became doubted.
In 1770 James Bruce sailed on the Red Sea coast and then penetrated inland toward the west to find the mines.
Later Frédéric Cailliaud, in the service of Viceroi Mehemet Ali, during two trips tried to find the mines. Mining proved uneconomical, but much of value was learned about regional geography and nature of the deposits.
In the 1820s Giovanni Battista Belzone (1778-1823) reported that some men at works were in miserable conditions.
Also Giovanni Battista Brocchi (1772-1826) explored this region from 1822-1823. He described accurately geology and mineralogy of the mines.
In 1835 Sir John Gardner Wilkinson (1797-1875) briefly described the mines.
In 1844 Helekon Bey found the mines abandoned.
Later Floyer E. A. explored and mapped this area.
In 1899 Streeter and Company, London jewellers, dispatched an expedition to work at the mines.  The Egyptian Mine Exploration Company was created but quickly proved unprofitable and the mines were again abandoned.
In 1911 J. Couyat reported on the mineralogy of the area.
In 1934 A. Stella described the geology and petrology of emerald-bearing formations, and the occurrence of beryls as related to aplitic and granite-porphyry bodies. He pointed out the strong resemblance of these deposits to those of the Urals, Habachtal and Leysdorp (South Africa).
In 1927 some Jewellers from Paris reopened the mines despite discouraging advice from Max Ismalun. Arsandeaux went there during 1927-1928 but without financial success. According to Ismalun the deposits were not susceptible to remunerative exploitation for gem emeralds. Egyptian emeralds are generally “mediocre” in quality.

The precambrian emerald deposits are in a ductile shear zone region, the Nugrus Thrust, which divides two domains, the Central and Southern Eastern Deserts.  The emerald schist zones along this thrust are the Zabara, Sikait, and Um Kabu.
The emeralds are commonly restricted to volcanosedimentary series. The whole sequence occurs as imbricated structures affected by complex folding and deformation. Folding has been intense and repeated, forming a series of ripples.
The rocks are mainly schists, serpentines and granites, together with various type of aplite, pegmatite, beryl and fluorite veins and dike rocks. The most abundant schists are mica and talc types but it is also present actinolite, chlorite, tourmaline, quartz-muscovite and graphite schist. All are cut by tourmaline veins. Basement rocks is made of metasediments and metavolcanics intruded by granites. Serpentines from the summit of Gebel sikait overlie the schist and intruding later. Granitic rocks are younger than schist and serpentines, they included foliated gneissose rock containing numerous subparallel pegmatitic muscovite veins and sometimes fluorite veins.  Also present is a white intrusive granite (derived by dehydration melting of metapelitic schist, which is believed to be younger than gneiss. Beryl occurs in biotite-quartz, and actinolite-biotite schist, and tourmaline-mica schist. 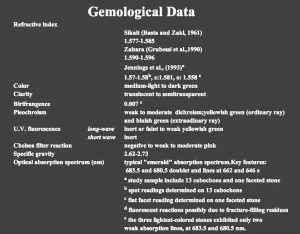 Mn, Se, F, Rb are under detection limits except in few cases. Li and Be are not determined.
Chemical analyses have been normalized at 85%.
H2O was determined by EA 1108 Carlo Erba (gas cromatographer). 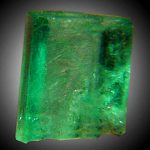